State of the Union, Trump’s Immigration Plan as Merit Based System 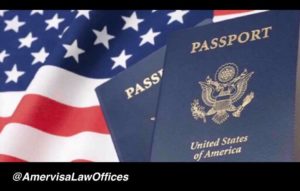 US President Donald Trump today used his first State of the Union address to push for a merit- based immigration system that admits skilled people, a proposal that could benefit technology professionals from countries like India.

In his nearly 80-minute long speech, Trump tried to shed his polarising image that has thwarted his ability to pass bipartisan legislations, calling upon Democrats to join him to work together for the benefit of Americans.

Trump proposed four pillars of immigration reform that include a pathway to citizenship for almost 1.8 million illegal immigrants — known as ‘Dreamers’ — who were brought in the US by their parents at a young age, border security, ending the visa lottery program and limiting family-based migration.

“Tonight I am extending an open hand to work with members of both parties, Democrats and Republicans, to protect our citizens, of every background, color and creed,” President Trump said.”It is time to begin moving towards a merit-based immigration system — one that admits people who are skilled, who want to work, who will contribute to our society, and who will love and respect our country,” President Trump said.

The State of the Union address is a traditional annual speech of the US president to a joint session of Congress where he gives an account of the situation in the country.

Democrats, many of whom brought ‘Dreamers’ as guests to the president s speech, booed and hissed when the president mentioned his plans to slash the number of people who immigrate to the US through family connections, a practice President Trump has decried as “chain migration”.

President Trump said that his proposal should be supported by both parties (Republican and Democratic) as a fair compromise — one “where nobody gets everything they want, but where the country gets the critical reforms it needs”.

“Under our plan, those who meet education and work requirements, and show good moral character, will be able to become full citizens of the United States,” President Trump said, proposing a pathway to Dreamers.

The second pillar includes building a wall on the Southern border with Mexico.

“Crucially, our plan closes the terrible loopholes exploited by criminals and terrorists to enter our country — and it finally ends the dangerous practice of ‘catch and release’,” President Trump said.

President Trump said the third pillar ends the visa lottery — a program that randomly hands out green cards without any regard for skill, merit, or the safety of Americans.

Immigrants from any one country may not receive more than seven per cent of diversity visas issued annually through lottery.Trump has been against visa lottery system as he believes that this does not attract the best and the brightest to the US.

Given that there are hundreds and thousands of Indian IT professionals waiting in queue to get their green cards because of the current country quota, the relocation of diversity visa numbers to green cards is expected to hugely benefit them.

Immigrants from 18 countries are not eligible for diversity visa because they sent more than 50,000 immigrants to the US over the previous five years combined.

The fourth and final pillar protects the nuclear family by ending chain migration, he said, ruing that under the current broken system, a single immigrant can bring in virtually unlimited numbers of distant relatives.

“Under our plan, we focus on the immediate family by limiting sponsorship to spouses and minor children. This vital reform is necessary, not just for our economy, but for our security, and our future,” he said.

“It is time to reform these outdated immigration rules, and finally bring our immigration system into the 21st century,” President Trump said.

“These four pillars represent a down-the-middle compromise, and one that will create a safe, modern, and lawful immigration system. For over 30 years, Washington has tried and failed to solve this problem. This Congress can be the one that finally makes it happen. Most importantly, these four pillars will produce legislation that fulfils my ironclad pledge to only sign a bill that puts America first. So let us come together, set politics aside, and finally get the job done,” President Trump urged the lawmakers.

State of the Union, Trump's Immigration Plan as Merit Based System