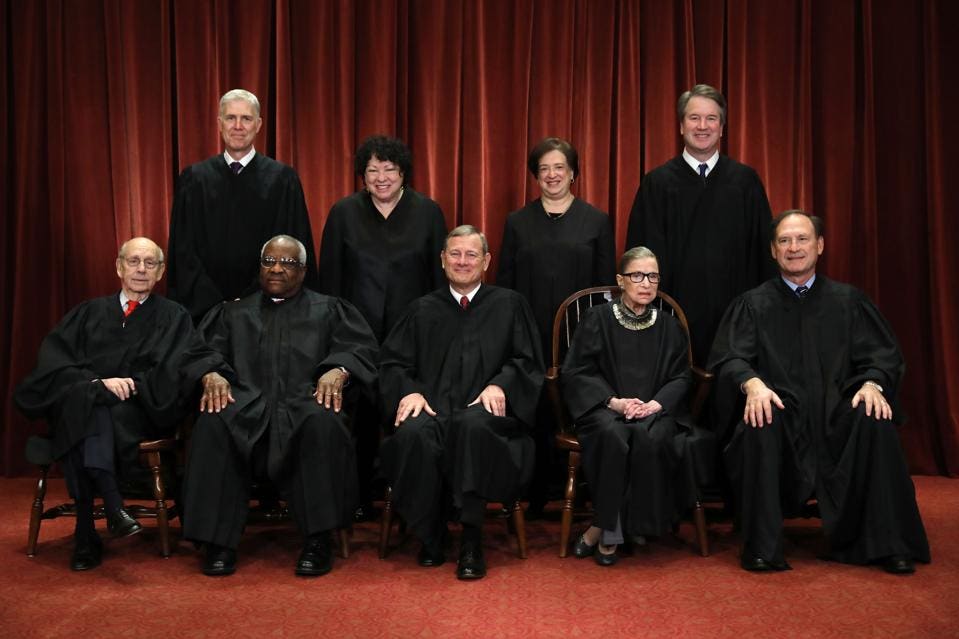 A new case before the Supreme Court could change how U.S. Citizenship and Immigration Services (USCIS) regulates H-1B visas and other immigration issues. The core issue is how much deference should officials at government agencies receive to write or interpret requirements that go beyond a plain reading of the statute or an agency’s own policy memos.

The new case, Kisor v. Wilkie, deals with an issue narrower than the well-known “Chevron deference,” though legal analysts think the Supreme Court could soon address that as well. “The Supreme Court announced that it will hear a legal challenge to two of its precedents that defer to agency interpretations of ambiguous regulations,” according to an editorial in the Wall Street Journal. “In Kisor v. Wilkie, the Justices will consider if Veterans Affairs properly interpreted the word “relevant” to deny Marine veteran James Kisor benefits for post-traumatic stress disorder. The case is notable because in granting certiorari the Court limited the question to whether it should overrule Auer v. Robbins (1997) and Seminole Rock & Sand Co. (1945).”

Critics of government agency regulatory practices applauded the Supreme Court’s action. “Regulators have cited those precedents [Auer v. Robbins and Seminole Rock & Sand Co.], as well as the Court’s Chevron deference standard, to justify more or less anything they want to do,” wrote the Wall Street Journal in its editorial. “With the arrival of Justices Neil Gorsuch and Brett Kavanaugh, this judicial reconsideration may finally be on. It’s unlikely the Justices would have agreed to hear Kisor merely to reaffirm those precedents

William Stock, a founding member of Klasko Immigration Law Partners, LLP, thinks if the Supreme Court overturns Auer v. Robbins (1997) and Seminole Rock & Sand Co. it would have an impact on how U.S. Citizenship and Immigration Services makes policy on H-1B visas and other immigration issues. “Auer/Seminole Rock deference comes into play when bringing judicial challenge to agency’s actions under their regulations, or to application of subregulatory guidance to a particular situation,” said Stock in an interview. “For example, the challenges Jonathan Wasden is bringing to the heightened evidentiary standards for third-party placements will be analyzed, in part, under Auer deference, as to whether the court should defer to the agency’s reading of its own regulation that the heightened evidentiary standard is appropriate for third party placements.”

Stock also cites the example of a company that challenges an H-1B denial based on an employer’s statement that a degree in computer science, math or engineering is appropriate for a specific information technology (IT) job. Today, USCIS would argue that Auer deference means the court should defer to the agency’s reading of its own specialty occupation regulation, which USCIS could say it can interpret to exclude a job from being a specialty occupation if the position does not require a degree in a specific, related field. “The change would come if the Supreme Court replaces Auer deference with Skidmore deference, where the agency’s interpretation is given weight based on its ability to persuade rather than automatically,” said Stock.

Jonathan Wasden, who has filed several lawsuits against USCIS on behalf of employers (see here, here and here), believes overturning Auer is the public’s best chance for accountability. “If you look at how far adrift the agency has gone from the statute and its own regulations in the H-1B area you see the current danger with Auerdeference,” Wasden told me in an interview. “The agency is always changing its interpretations of its own H-1B regulations, sometimes through memo, sometimes just through adjudication, and attorneys try to adjust. Once attorneys figure out the new standard, USCIS often moves the goal post again.”

He believes ending Auer deference could force USCIS, for example, to create and stick with a reasonable definition of an “employer.” Wasden is involved in a lawsuit over how USCIS at first used the Department of Labor’s definition but then expanded it using policy memos and agency announcements “to create a complex system with different tiers of employers and different evidentiary standards for each” if they employ H-1B visa holders. “USCIS morphed the definition from a simple explanation that a company needs a physical presence in the U.S. to a multi-headed creature that bears no resemblance to its original intent,” said Wasden.

Auer deference and Chevron deference, as currently permitted in court rulings, have generated serious warnings about their implications for democratic government. “It is not too much to say that we risk losing our democracy unless we can gain control of the agencies of the administrative state,” writes Peter J. Wallison, a senior fellow at the American Enterprise Institute and author of Judicial Fortitude. “Rulemaking by unelected officials, with little congressional or judicial oversight, affects the lives of Americans in profound ways, but we have failed thus far to develop an effective strategy for controlling it.”

Wallison could look at the recent “public charge” rule proposed by the Department of Homeland Security as an example of regulatory overreach. The rule, as discussed in this article, seeks to cut legal immigration without going through Congress: “By going well behind the current statutory language – for example, inventing income levels that appear nowhere in the statute – the public charge rule is an attempt to achieve via regulation what could not be gained through legislation.”

William Stock notes that challenges to the public charge rule are more likely to be dealt with under Chevron, “which deals with whether regulatory language comports with the statutory language.” Those who support legal immigration should note that the Supreme Court overturning or limiting Chevron deference could help in challenges to the public charge rule and likely other interpretations of the Immigration and Nationality Act that would restrict legal immigration.

Before a case involving Chevron deference comes before the court, the Supreme Court would first need to decide whether to end current federal agency deference under Auer. “The death of Auer would be refreshing,” said Wasden. “We would finally see that the regulatory world can function and can create rules the public can understand and follow. The public would finally be able to hold the unelected bureaucratic branch of government accountable.”