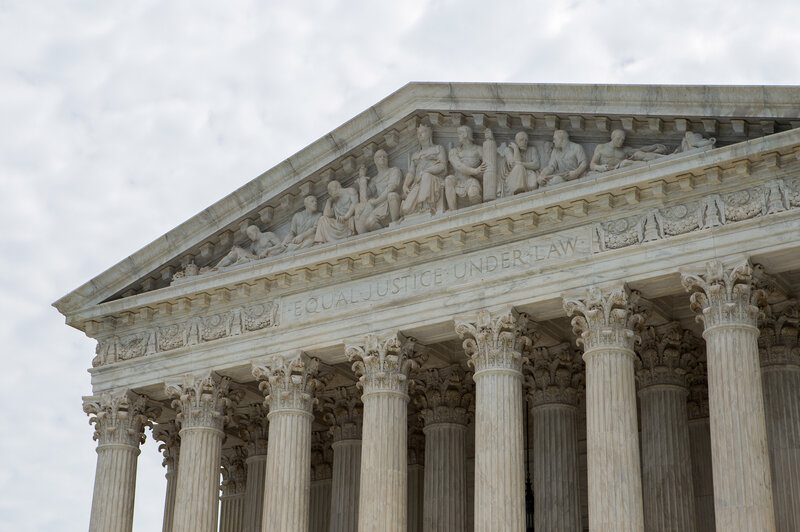 Immigration authorities have been skipping a step in the process: When they served notices to appear in court, they routinely left the court date blank. Because of that omission and a recent Supreme Court decision, tens of thousands of deportation cases could be delayed, or tossed out altogether.

The Trump administration’s push to deport more immigrants in the country illegally has hit a legal speed bump.

For years, immigration authorities have been skipping one simple step in the process: When they served notices to appear in court, they routinely left the court date blank. Now, because of that omission and a recent Supreme Court decision, tens of thousands of deportation cases could be delayed, or tossed out altogether.

“I’m not sure if the Supreme Court knew what they were doing,” said Marshall Whitehead, an immigration lawyer in Phoenix. “But the end result of this is a major impact.”

The Supreme Court’s decision in the case known as Pereira v. Sessions didn’t get much attention when it was announced in June, partly because it seemed so technical. The court ruled 8 to 1 that immigration authorities did not follow the law when they filled out the paperwork in that case. They served an immigrant with a notice to appear in court but didn’t say when and where the hearing would be held. 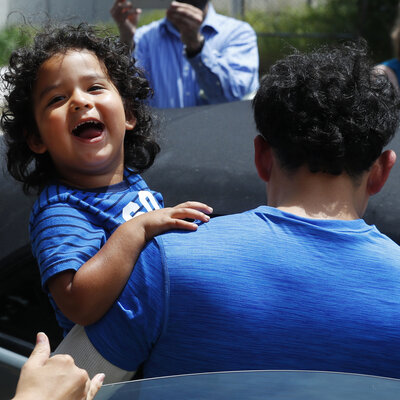 “Basically the Supreme Court decision said look, you’re not following the statute,” Whitehead said. “So this notice to appear was ruled as being invalid.”

Consider the case of Whitehead’s client, Jose Silva Reyes, an undocumented immigrant from Mexico. He was living in Arizona, under law enforcement’s radar, for years — until 2010, when he ran a red light and got into a car accident.

Since then, Silva Reyes has been fighting in immigration court to stay in the country with his wife, a green card holder, and two kids who are citizens. He was due in court for his final deportation hearing last month, when the case against him was suddenly thrown out.

“When they told me that my case was terminated, I felt good,” Silva Reyes said, speaking through an interpreter.

Like many undocumented immigrants caught up in President Trump’s recent crackdown, Silva Reyes has been in the U.S. for more than 10 years. If you’ve lived in the U.S. for a decade without getting into trouble, and without ever getting a notice to appear in immigration court, you could be eligible to stay. Now, thanks to the Supreme Court, these immigrants can argue they never got a valid notice to appear in that 10-year time frame.

I’m only one attorney, and I’ve got 200 cases I’m looking at. So you can see the massive numbers that we’re talking about across the United States.

But the Supreme Court ruling could have an even wider impact.

Immigration lawyers are arguing that if any immigrant received a defective notice to appear, the whole deportation case is invalid. Silva Reyes’ lawyer, Marshall Whitehead, says he has already gotten dozens of cases tossed out using this line of reasoning.

“I’m only one attorney, and I’ve got 200 cases I’m looking at,” Whitehead said. “So you can see the massive numbers that we’re talking about across the United States.”

But the federal government is fighting back. Government lawyers are appealing, arguing that immigration authorities did eventually notify immigrants about the time and place of their hearings, just not right away. And, in August, they won an important case before the Board of Immigration Appeals, which oversees the nation’s immigration judges, that could limit the impact of the Pereira ruling.

Still, all of this is straining an already overburdened court system.

“The Supreme Court throws a monkey wrench into what was already a not very smoothly functioning system, and things just get worse,” says former immigration judge Andrew Arthur, who is now a fellow at the Center for Immigration Studies, which favors lower levels of immigration.

The backlog in immigration courts has reached a record of nearly 750,000 cases, according to TRAC, an immigration research project at Syracuse University. And it’s still climbing — thanks in part to this technicality.

The Department of Justice declined to comment on the Supreme Court ruling and its impact. Attorney General Jeff Sessions hasn’t addressed it publicly. But he has criticized immigration lawyers for scouring the nation’s immigration laws, looking for loopholes.

“Good lawyers, using all of their talents and skill, work every day — like water seeping through an earthen dam — to get around the plain words of the [Immigration and Nationality Act] to advance their clients’ interests,” Sessions said earlier this month.

In this case, though, the Supreme Court found that it’s immigration authorities who have been ignoring the “plain language” of the law. Does immigration lawyer Marshall Whitehead feel bad about winning on a technicality?

If it allows his clients to stay in the U.S. with their families, Whitehead says, you can call it whatever you want.