(CNN)A week before high-stakes midterm elections, President Trump and his allies are zeroing in on immigration in what critics describe as a series of stunts aimed at rallying his base.

Recent moves to send more troops to the US-Mexico border, possibly overhaul asylum policyand rethink birthright citizenship are political ploys with dangerous implications, immigrant and civil rights advocates warned Tuesday.
No, you’re not crazy. There are way more campaign ads about immigration this year
In a call with reporters, they argued that:
• The President cannot rewrite the Constitution unilaterally and end birthright citizenship.
• Sending troops to the border to respond to families fleeing violence is a waste of money.
• Shutting down the border to asylum-seekers would be illegal.
“It’s obvious to all of us these moves are not really about immigration policy,” said Frank Sharry, executive director of the immigration advocacy group America’s Voice. “It’s really about the midterm elections and the desire of the President and his team to change the channel, grab the news cycle by the throat and talk about immigration rather than the domestic terrorism that we’ve seen in the last week.”
Here’s a more detailed look at what Sharry and other advocates said:

Trump’s claim that he can end birthright citizenship with an executive order, Sharry said, is “something that no legal scholar of any seriousness thinks is possible.” 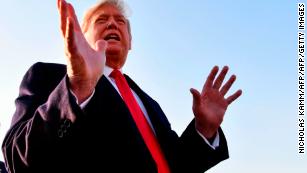 Trump thinks whatever he says is law
Vanita Gupta, who headed the Justice Department’s civil rights division during the Obama administration, said the President’s plan — reported Tuesday by Axios — is offensive, deeply troubling, racist and unconstitutional.
“It is a moral outrage and dangerous,” said Gupta, now president and CEO of The Leadership Conference on Civil and Human Rights. “His very actions are a betrayal of our nation’s highest ideals of justice, inclusion and fairness.
“This is a pure political stunt that is both racist and unconstitutional,” she said. “With Election Day one week from today, Trump is still scapegoating and blaming immigrants to activate his political base.”
Kerri Talbot, director of federal advocacy for The Immigration Hub, said the President “cannot overturn the Constitution by executive fiat.” She described his claim as a “political ploy” and “one more dog whistle taking us back to the darkest days of our history.”

On sending more troops to the border

The administration’s announcement that it’s sending more than 5,000 active duty troops to the border to respond to large groups of migrants trekking through Mexico also drew sharp criticism from advocates.
“These families are not a threat,” Talbot said. “They are seeking our protection and help.” 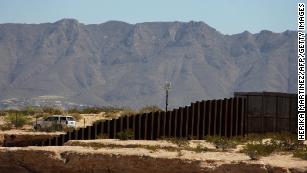 The US is preparing to send 5,000 troops to the border. Here’s what they can and can’t do.
It’s not fair to troops, said Bishop Garrison, the interim executive director of the Truman National Security Project, a left-leaning organization focused on national security and veterans issues.
“This is going to be very costly and just flat-out wrong. … To continue to use American troops as political pawns in this way is wrong and is disrespectful to their service,” Garrison said.
He argued it doesn’t make sense to send the military to handle this humanitarian crisis.
“This is not a national security issue. … We’re seeing women, children and the elderly within this caravan fighting for their lives. We don’t need more military there,” he said. “We don’t need to make a sensitive issue and situation all the more dramatic.”

On asylum and other policies

Regarding the administration’s consideration of a plan to limit most — if not all — of the Central American migrants traveling in large groups through Mexico from crossing the US border, advocates said they were still waiting for details. But they weighed in on several possibilities that have been floated in recent days. 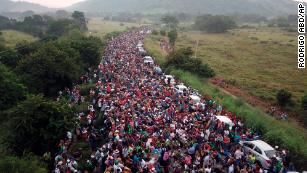 Trump administration considering limiting asylum seekers at southern border, could raise standard to claim asylum
Shutting down the border to asylum-seekers would go against US law, Sharry said.
Talbot noted that the government is weighing a proposal that would result in separating immigrant families again, as CNN has reported.
“The Trump administration is doubling down on its own disgraceful family separation policy,” Talbot said. “Instead of stopping this abuse, the White House is trying to give family separation a makeover, hoping no one will notice.”