Washington (CNN)The White House is scrambling to fix the confusion and humanitarian concerns unleashed by President Donald Trump’s reversal on the separation of parents and children who come across the southern border as undocumented migrants. 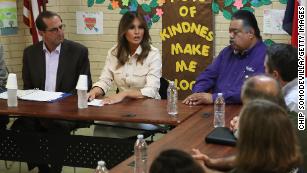 Melania Trump makes surprise visit to border facilities
Trump’s hurried executive order designed to defuse a ballooning political crisis caused its own set of problems, especially because the move did nothing for the 2,300 children already taken from parents who are awaiting prosecution.
RELATED: Melania Trump makes surprise visit to border facilities
A set of legal challenges was also looming for the Trump administration which in one scenario could even allowed end up seeing the separations reapplied.
The chaos meant that Trump’s hopes of quelling the political uproar over the separations were dashed. The uncertainty could deepen later Thursday if the House of Representatives fails to pass two Republican immigration bills that could partially alleviate the separations drama.
Homeland Security Secretary Kirstjen Nielsen responded to a wave of criticism by saying Thursday that the administration was trying to reunite split families.
“We have a plan to do that, as you know we do it on the back end. So a combination of DHS, DOJ, HHS reuniting as quickly as we can,” Nielsen told CNN’s Tal Kopan. 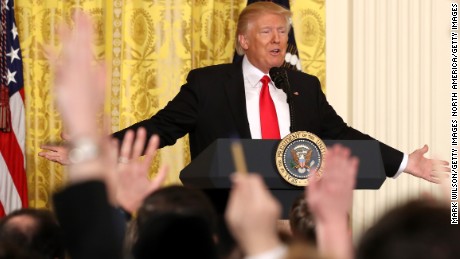 Why he caved: Inside Trump’s rare reversal
CNN reported Wednesday that the order did not contain any procedures for how to reunite children now in the care of the federal government with their parents. The agency later walked back the statement but said any further plans to reunite families were still in development.
“I think the intention was to change things (but) I think there is a lot of confusion. Frankly, I think the way the order is drafted is not executable,” John Sandweg, a former director of US Immigration and Customs Enforcement, told CNN’s Anderson Cooper.
“I was really shocked to see they are not going to unite the kids. I thought the whole point of this was to reunite the kids,” he said.
Trump’s critics accused him of creating the problem by adopting a “zero-tolerance” policy of prosecuting undocumented migrants which meant brought into play restrictions on children being held in jail with their parents, thereby triggering the separations.
“He created a crisis, he said he solved the crisis. He has not,” Democratic House Minority Whip Steny Hoyer told CNN’s Kate Bolduan. 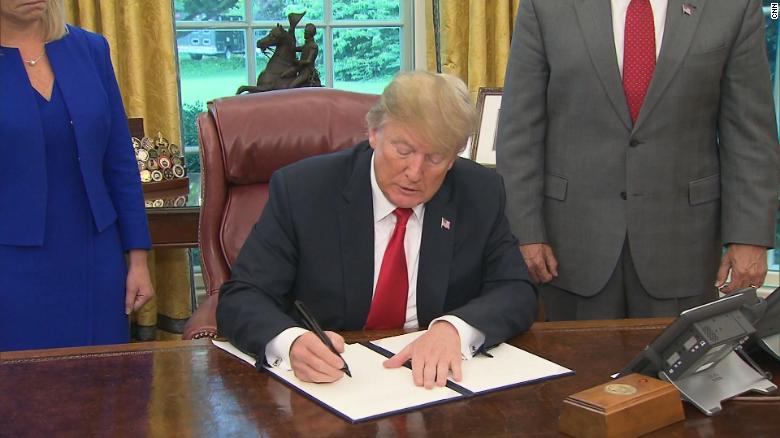 What Trump’s family separations executive order does
Immigration was the foundational issue of Trump’s 2016 campaign and it forms the essential link between the President and his base. So while his retreat is embarrassing, it’s unlikely to signal any softening of his broader stance on undocumented immigrants.
Thursday morning he continued to express his displeasure with current immigration laws and mislead about the state of US immigration courts.

We shouldn’t be hiring judges by the thousands, as our ridiculous immigration laws demand, we should be changing our laws, building the Wall, hire Border Agents and Ice and not let people come into our country based on the legal phrase they are told to say as their password.

“We shouldn’t be hiring judges by the thousands, as our ridiculous immigration laws demand, we should be changing our laws, building the Wall, hire Border Agents and Ice and not let people come into our country based on the legal phrase they are told to say as their password,” Trump tweeted.
His own Justice Department is trying to hire a few dozen immigration judges, not thousands, and the move is widely seen across bipartisan lines as a way to expedite hearings and clear a backlog of cases.
The President mentioned the reversal only in passing at a campaign event in Minnesota on Wednesday night.
“Today, I signed an executive order,” he said. “We’re going to keep families together, but the border is going to be just as tough as it’s been.”
While the President was campaigning Wednesday night, his critics accused him of solving the problem of separations by simply ordering the locking up of entire families indefinitely.
“When you have the most powerful nation on Earth saying that it is acceptable to detain families indefinitely, you are sending a signal to countries around the world that this is how they can treat immigrants and minorities,” said Sen. Bernie Sanders, an independent from Vermont.

Congress could change the dynamic Thursday when the House votes on several bills that include language that would permanently end family separations.
But even if one of the measures passes, its inclusion of elements of Trump’s hardline changes to legal immigration policy seems almost certain to kill it in the Senate.
Republican Rep. Markwayne Mullin of Oklahoma told reporters that Homeland Security Secretary Kirstjen Nielsen argued that the President’s executive order had only bought time for Congress to change the law after a Capitol Hill briefing on Wednesday night.
“She essentially said, ‘Look, the President is trying to give Congress a little wiggle room on this but we do need Congress to act,’ ” Mullin said.
While the political situation is murky, the legal challenges to the executive order may be even more complex.
Under the Trump administration’s new policy adopted earlier this year, many people are funneled into the criminal justice system when they cross the border illegally — and US guidelines mandate at that point that children are separated from their parents.
The executive order lays down new guidelines, requiring families to be kept together in the custody of the Department of Homeland Security.
But that position is almost certain to be challenged in court because of a 1997 consent agreement that stipulates that children can be kept in detention only for 20 days.
That decision could even lead to families being separated again.
“It’s absolutely a possibility,” Jonathan Turley, a George Washington University professor of law, said on CNN, laying out two possibilities if the administration could not get the consent agreement modified, a scenario he judged as doubtful.
“You reunite the family; a clock is ticking. If it goes beyond 20 days, you either release the entire family, which is similar to the Obama policy that the President wants to change,” said Turley. “Or you once again separate the family and send the child into some type of custodial care.”